Human and Mouse Eosinophils Have Antiviral Activity against Parainfluenza Virus

Human and Mouse Eosinophils Have Antiviral Activity against Parainfluenza Virus

Respiratory viruses cause asthma exacerbations. Because eosinophils are the prominent leukocytes in the airways of 60–70% of patients with asthma, we evaluated the effects of eosinophils on a common respiratory virus, parainfluenza 1, in the lung. Eosinophils recruited to the airways of wild-type mice after ovalbumin sensitization and challenge significantly decreased parainfluenza virus RNA in the lungs 4 days after infection compared with nonsensitized animals. This antiviral effect was also seen in IL-5 transgenic mice with an abundance of airway eosinophils (NJ.1726) but was lost in transgenic eosinophil-deficient mice (PHIL) and in IL-5 transgenic mice crossed with eosinophil-deficient mice (NJ.1726-PHIL). Loss of the eosinophil granule protein eosinophil peroxidase, using eosinophil peroxidase–deficient transgenic mice, did not reduce eosinophils’ antiviral effect. Eosinophil antiviral mechanisms were also explored in vitro. Isolated human eosinophils significantly reduced parainfluenza virus titers. This effect did not involve degradation of viral RNA by eosinophil granule RNases. However, eosinophils treated with a nitric oxide synthase inhibitor lost their antiviral activity, suggesting eosinophils attenuate viral infectivity through production of nitric oxide. Consequently, eosinophil nitric oxide production was measured with an intracellular fluorescent probe. Eosinophils produced nitric oxide in response to virus and to a synthetic agonist of the virus-sensing innate immune receptor, Toll-like receptor (TLR) 7. IFNg increased expression of eosinophil TLR7 and potentiated TLR7-induced nitric oxide production. These results suggest that eosinophils promote viral clearance in the lung and contribute to innate immune responses against respiratory virus infections in humans. 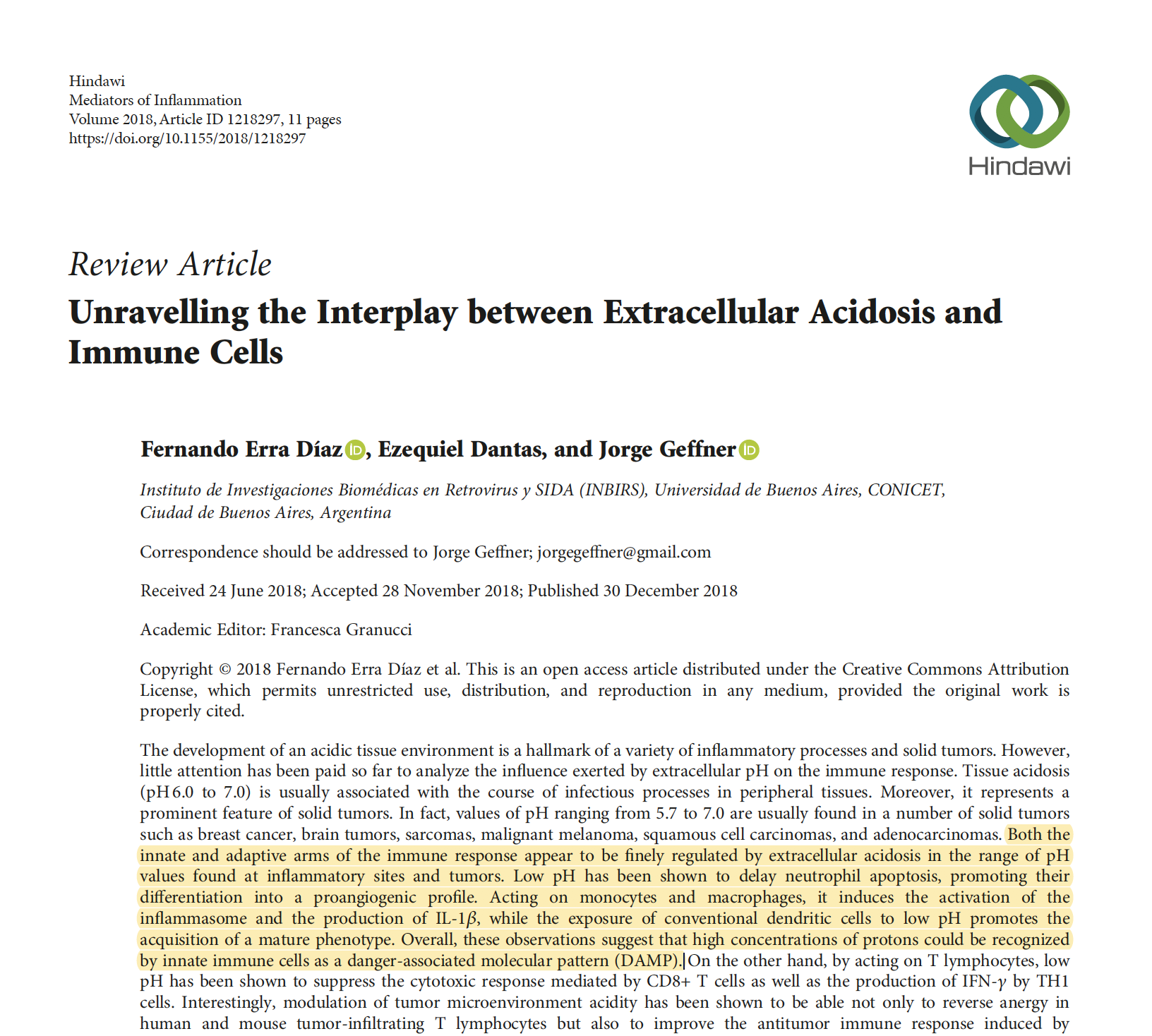 Unravelling the Interplay between Extracellular Acidosis and Immune Cells

Unravelling the Interplay between Extracellular Acidosis and Immune Cells

Pronuvia is dedicated to improving the lives of patients with ongoing clinical trials and research. We are also focused on lowering health care costs by developing simple but innovative and effective treatments. Bringing optimum health to general public affordably and painlessly is the grand ambition of Pronuvia. Our research continues.

The information on this website has not been evaluated by the Food & Drug Administration or any other medical body. We do not aim to diagnose, treat, cure or prevent any illness or disease. The Information shared on this website and affiliated pages is for educational purposes only. You must consult your doctor or healthcare professional before acting on any content on this website, especially if you are pregnant, nursing, taking medication or have a medical condition. Individual articles are based upon the opinions of the respective author, who retains copyright as marked. The information on this website is not intended to replace a one-on-one relationship with a qualified health care professional and is not intended as medical advice. Pronuvia encourages you to make your own health care decisions based upon your research and in partnership with a qualified health care professional.