AIC in a
Nutshell

AIC (Antiorbital Ionic Calcium Carbonate) is the only true ionic calcium delivery system that provides calcium in a free ionic state, which is the only physiologically active form of calcium in our body. Normally, calcium from diet and supplements enters our body in the protein-bound form and therefore, cannot trigger the same physiological responses as AIC. Resolving calcium deficiency better than protein-bound calcium, AIC triggers ionic-calcium-sensitive physiological responses that counteract the root cause of diseases and brings natural healing reactions of our body from cellular to the systemic level.

The Invention of New Calcium Carbonate

Because of the weak chemical bonding of AIC, calcium ion is easily detached and passively absorbed into our system through stomach lining as ions via diffusion and osmotic pressure, not requiring digestion, vitamin D, nor peptides for absorption.  This is called passive transport.

Because of our body’s natural sensitivity to fluctuations of serum plasma ionic calcium level, a minimal elevation of ionic calcium concentration achieved by AIC can trigger hormonal responses, such as the release of TSH and calcitonin to trigger bone-building osteoblasts. AIC therapy utilizes ionic calcium as a signaling agent to trigger our body’s self-healing responses to reverse calcification from cellular to systemic level, causing domino effects of healing processes to rebuild our health. AIC’s healing pathway is genuinely unique.

Anti-bonding orbitals are essentially the “opposite” of bonding orbitals. They are formed when atomic orbitals combine in ways that lead to predominantly destructive interference.

AIC Calcium is an innovative new bio-material based on calcium carbonate derived from small oyster shells. Highly advanced process formulates it to maintain positive charges (2+) by altering the bonding structure, namely sigma anti-bonding. The positive charges of the molecule attract water molecules to cluster around it, making it incredibly water soluble and allowing direct and passive absorption into the body.

Because of electrical charge of AIC calcium cabonate molecule that interacts with hydrogen bonding of water molecules, an open bottle of AIC evaporates calcium together with water molecules and crystalize with CO2 in the air.

Regular calcium intake from diet or supplements need strong stomach acid with peptides and vitamin D3 to digest and be absorbed in small intestines as protein-bound calcium, which is not readily utilized with aging because of sedentary lifestyle, hormonal changes, and poor diet.  Various side effects of inactive calcium include kidney stones, blood vessel calcification, stroke, heart attack, etc.  Most, if not all, calcium supplements fall in this category and may aggrevate body-wide calcification which is known to be one of many major cause of degenerative diseases.

Unlike regular calcium intake, no Vitamin D3 and peptides are needed for absorption. AIC diffuses passively through digestive tract cell linings (mucosa) as ions, not requiring physiological energy from our body and readily available for immediate use.

About 5 to 7.6 mg of AIC solution is mixed with 500ml of water for optimun absorption as ionic calcium.  AIC is takin in an empty stomach and is completely absorbed within 30 minutes through diffusion and osmotic pressure. Although it is in a small intake amount, slight elevation of ionic calcium in the blood is enough to trigger TSH (thyroid stimulating hormone) to initiate strong bone-building osteoblasts.  AIC’s cascading effects on physiological functions of our body also activate inactive protein-bound calcium in our blood to further boost and maintain good bone health.

AIC is the first calcium-ion-delivery-system to help build and support strong bones while promoting normal bone mass. AIC also plays an important role in other functions such as nerve transmission and muscular function. Unlike other electrically neutral calcium supplements that require Active Transport, AIC calcium’s Passive Transport brings full absorption of calcium without the need for Vitamin D, peptide, or other agents.

Inside our cells, AIC calcium quickly breaks down to yield calcium ions, which are absorbed into capillaries and triggers our body’s natural bone formation process.

A long term, follow up study done in Denmark for 35,000 people revealed that the people with strong bones in their 50’s lived 11.6 years longer.

YET, in Canada, 49% of infants are born with calcium deficiency. Only 70% recover after breastfeeding. Calcium deficiency during pregnancy and infancy leads to serious health issues.

Bone health is directly related to our overall health. Emptier bone characterized by osteoporosis or osteopenia indicates not only a higher risk of fracture but also a greater chance of developing degenerative diseases. Why? Because emptying bones cause calcification in both cellular and systemic levels, causing cellular communications mayhem by disrupting calcium signaling.

Calcium ions in the blood are so vital that the body cannot permit it to fluctuate. Therefore, even a slight increase in the concentration of ionized calcium in the blood triggers the bone building process to take excess calcium into bones. Utilizing this process is by far the most effective and safe way to support strong bones since it follows the body’s natural bone building mechanism. This amazing effect of AIC was observed in this animal clinical trial through the bone break test where AIC ‘treated’ bone displayed almost 100x bone building power compared to regular calcium carbonate.

The importance of AIC therapy goes beyond the stronger bone-building.  Although most of our body’s calcium is stored in bone, the tiny amount that circulates in your bloodstream is disproportionately vital to good health. About half of this circulating serum calcium (50%) is “ionized”, which means it carries electrical charges and this calcium ions (Ca2+) are the only physiologically active form that can be recognized by our body and responsible for numerous functions of our body such as the firing of muscle and nerve cells, promoting blood clotting, preventing the depletion of bone mass, securing proper cellular functions by preserving calcium signaling, etc.  As we age, this vital ionic calcium homeostasis is disrupted as our bone breaks down and calcifies trillions of cells.  AIC therapy can restore this fragile calcium homeostasis and gives our body a chance to fight back the onset of 150+ degenerative diseases  that are thought to be caused by calcium displacement.

The effects of Antiorbital Ionic Calcium Carbonate on bone turnover and calcium balance in ovariectomized rats are studied. The study revealed that the induced osteoporosis was completely reversed with AIC therapy. Osteocalcin, estradiol, eosinophil, CTx, and BMD level were elevated with AIC, indicating that optimal bone health is indeed restored.


(Important Indicator for Effectiveness as a Cancer Treatment)

Twenty swimmers from the Korea University swim team taking two doses a day for 14 days proved that AIC neutralizes lactic acid effectively. They all broke their swimming records as a result.

Lactic acid, which is the byproduct of carcinoma cancer cells, is known to inhibit the immune functions around cancer tumors. Neutralizing the lactic acid and bringing pH back to a normal level is crucial in cancer treatment.

"I have taken MegaGen since I was diagnosed with severe osteoporosis with T-score of -3.7. After taking 17 bottles of Megagen, my bone density is back to the normal range. Incredible!!"

Dosage: MaraGen 2x /day for first 2 months and then only 1x. Able to walk normally again. 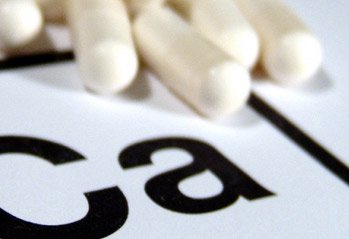 Pronuvia is dedicated to improving the health of people by providing high-quality products and services.